Aside from the construction methods used to make a guitar, an important ingredient of producing the desired sound is in the wood that is used. Tonewood is the wood within a guitar’s construction that contributes to its tone. 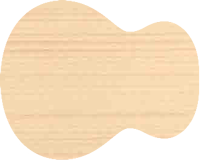 Spruce, which is characterised by its pale colour, is one of the most popular woods for acoustic guitar soundboards, firstly because of its wide availability and secondly because of the all-round tone that it produces, whether the guitar is being strummed or picked. Spruce provides a tone that is sweet and smooth, but not outrageously bright, yet with enough warmth that it doesn’t sound thin. Another advantage with Spruce is that it sounds good when combined with virtually any other tonewood.

Out of the Spruce woods, Sitka Spruce is the most widely available, characterised by its clear harmonics. Engleman Spruce has a warmer, creamier tone than Sitka. Adirondack Spruce, also known as Appalachian Spruce or Eastern Red Spruce, which isn’t widely used, has a louder, brasher tone. 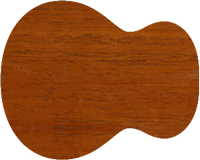 Behind Spruce, Cedar, which is red-brown in colour, is the second most popular wood for acoustic guitar soundboards. It is said to be less dense than Spruce and its relative softness adds warmth to the tone that it produces, particularly for guitarists with a lighter touch, such as finger-style players, or those with a light to moderate strumming or picking technique.

Cedar works well on nylon strung guitars due to its responsiveness to the strings, which produce less overall energy when compared with steel strung guitars and is a popular choice with finger-style guitarists. 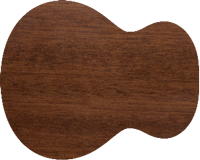 Mahogany is a popular choice for the back and sides of an acoustic guitar, although it is sometimes used for the soundboard as well. It is a dark wood, that from a tonal perspective produces a warmer, darker sound than both Spruce and Cedar.

Due to its density, Mahogany helps project the sound well, when used for the back and sides of a guitar. It produces a tone that has been described as ‘warm’, ‘punchy’, ‘woody’ and ‘dry’, as it doesn’t produce a significant amount of ringing overtones. It is particularly popular with blues and bluegrass players.

In terms of tonewood combinations, Mahogany is used quite a lot with Spruce because it produces a tone that is well balanced and versatile. 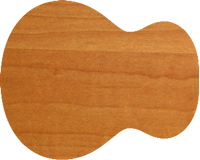 Maple is less widely used as a tonewood than those described above, but can be used for the soundboard, as well as the back and sides, which is where it is more commonly found, where it adds greater power and mid-range to a more typical soundboard tonewood. It produces a bright, focused tone and has great projection with excellent note definition.

It is a tonewood that is popular with finger picking guitarists who want some brightness to contrast with the warm tone of finger picking. 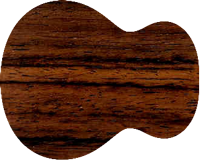 Rosewood is one of the most expensive tonewoods, which produces a smooth, warm tone, with complex harmonics. It is generally used for the back and sides of an acoustic guitar and is characterised by its dark, chocolate brown appearance.

As with Mahogany, Rosewood is often used in combination with a Spruce soundboard, which provides balanced and versatile tones.