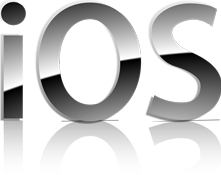 iOS is a mobile operating system, developed by Apple that is used exclusively in Apple hardware. It was first released back in 2007 for use in the iPhone, under its original name of iPhone OS, but has since been extended to include the iPod Touch, iPad and iPad Mini, as well as second generation Apple TV.